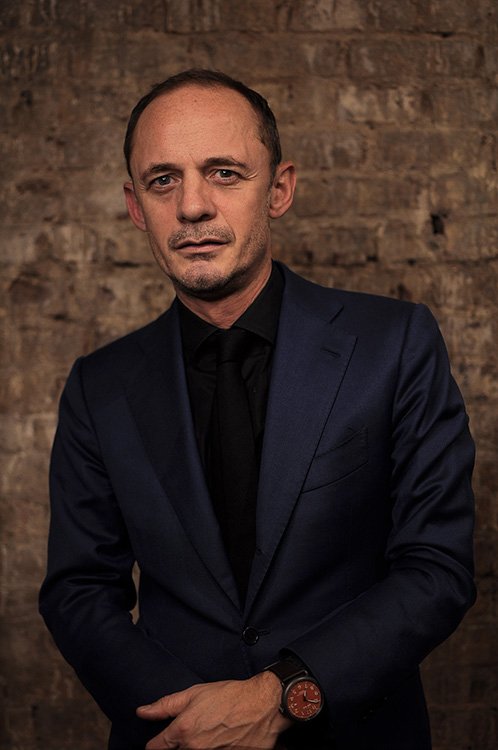 Make an appointment with Martial Vivot

Martial Vivot is the owner of Martial Vivot Salon Pour Hommes on West 54th street in Manhattan. Called “the gentleman’s barber for many of the city’s most powerful” by the New York Times, “the best in the city” by GQ, and a “New York City style guru” by Out Magazine, Martial Vivot is a world renowned men’s hair stylist and authority on men’s grooming.

Vivot’s career began at age 15 with a rigorous 4 year apprenticeship in France where he was awarded the title of best apprentice by the French hair academy. He moved to London at age 23 to train at the Toni & Guy Academy, and then returned to France to earn his Master’s Degree. Foreseeing the dramatic evolution in men’s grooming that was on the horizon, in the 90’s Vivot became a pioneer in Europe of what would eventually become known as the “metrosexual” approach to men‘s grooming.

In 1999 Vivot moved to New York and very shortly became the stylist of choice for many of Manhattan’s most influential men, and the go-to authority on men’s grooming for magazines like GQ, Vogue Hommes, New York, Cargo, Gotham, and Departures. He also appeared on television shows like Queer Eye for the Straight Guy and Good Morning America, and received two New York Magazine Best Of Beauty nods for his straight-razor shave.

Observing the rise of the men’s salon that focused on masculine trappings but had no stylists of note, in July 2008 Vivot launched Salon Pour Hommes, the first men’s salon in New York City to offer the privacy and masculine environs men desire while also offering the same caliber of service the world’s most illustrious women enjoy at the city’s legendary unisex salons. Vivot has since appeared in Morgan Spurlock’s Mansome, the New York Times, GQ, Vanity Fair, Esquire, Details, New York, BlackBook, Robb Report, Manhattan, The Daily News, Gotham, Town & Country, The New York Observer, Time Out New York, and Out.

Victor has been doing this a long time, and has be

@jsgcpw96 hasn’t cut his hair since August, and